Should I try to settle my debts without bankruptcy?

I think this is one of the most controversial issues I have run into in my more than 20 years practicing law.  It is a confusing problem because there is no simple answer.  You have to look at the facts of each case and then decide what is most cost effective.

If you are at a point where you are treading water on payments or you borrowing money to cover your debts then you probably need to do something to try and deal with the debt besides just trying to paying it off.  There are several options including debt management plans (usually through a 3rd party non-profit agency), bankruptcy, and debt settlement.  The first two are well regulated and the people involved usually have a license in Kansas whether it is a credit counseling company or an attorney.

I have to say that I find debt settlement to be an almost unknowable kind of issue.  No matter what I tell people about it there is always someone else that says the opposite thing and it is hard to determine what is accurate.  There are numerous success cases where the debts were settled and the client is happy, but there are probably more failures.

I spent some time as an attorney settling debts for clients that did not want to file bankruptcy.  This was probably more than 10 years ago and I generally wanted to get the settlement down to 50% or less if possible.  With a few exceptions there was success but the amount of time that went into settling these debts was pretty phenomenal.  I quit doing it because the cost to my clients on an hourly basis seemed to not be worth it.

I also have had clients, acquaintances and friends that have settled their own debts.  In general they all tell the same story about letting the debts go into collections (not paying on them) and waiting for them to get transferred to either a collection office within the company or a 3rd party collection agent or debt purchaser.  Once again the settlement seems to be at or near 50% on average but they are doing it themselves and not paying an attorney or anyone else to have it done.

Then there are the actual debt settlement companies which come in several flavors but basically most of them offer to settle your debts for a monthly fee.  The determine how much you have in debt and try to figure out what debts they can add to the program and then they tell you to stop paying your creditors.  They have you give them a power of attorney and they contact your creditors and stop any communication you have with your creditors by having the mail and phone calls redirected to them.  The settlement company sets up an account that is a kind of trust account that you pay your monthly fee into and they let that money pile up while they try to settle the claims against you.   They also pay themselves out of this account.

To settle debts for someone in Kansas you need to be either a licensed Credit Service Organization or an attorney.  Most of these companies are not licensed and therefore cannot provide the services they offer to residents of Kansas.  If you need to check and see if the have a license go to the Kansas Office of the State Banking Commission and you can look them up.  My advice is that if they do not appear here then do not do business with them.

The reason they should have a license is to make sure they are supervised.  There are numerous stories that I have heard from clients that went into these arrangements without understanding how the payments were going to be made or without understanding they could still be sued on the accounts even though they were in the program or that their credit would still be ruined.  If you are paying someone to handle your creditors then they should inform you of all of the issues that might arise.  This includes the possibility that settling the debt could have tax consequences.

Whenever you settle a debt the creditor can file a 1099 with the federal government for the amount of money they did not recover from you.  This represents the write-off or loss they took for tax purposes.  What is a loss to them becomes income to you.  If you settle a $10,000 credit card debt for $4,500 then the credit card company can send you a 1099 for the $5,500 that they did not collect.  Fortunately there might be defenses to their loss being treated as income to you but you need to know those defenses beforehand.  If the debt settlement company does not cover them with you then don’t hire them.

What if the debt settlement company has an attorney that is settling the debts for you?  Well if the attorney is licensed in the state of Kansas then this might be okay.  The question is then did the attorney provide you will all the information to make an informed decision.  I have had clients tell me that they were contacted by an attorney for the settlement company and told that the lawyer would be able to help them if they had any issues with being sued while in the program.

However in those cases the lawyer never covered all of their options with them.  If you contact my office and I think there are other legitimate options to deal with your creditors outside of bankruptcy that are cost effective and make sense I am going to cover them.  This includes the possibility of sending you to an licensed agency for a debt management plan and in some cases discussing debt settlement.

An attorney should cover your options and if you are seeking a debt settlement and a bankruptcy is a far less expensive option then they should mention that.  It is definitely your choice whether you do a bankruptcy or try to settle the debts, but if you are paying $7,000 or $8,000 in fees (this is no exaggeration – I have seen contracts with much higher fees) to settle the debts and you are still paying 55% of the claims (also, not an uncommon estimate) then wouldn’t it be prudent to know how much a bankruptcy would cost and what would happen in a bankruptcy?

I have seen cases where someone was going to settle $45,000 in credit card debt and the settlement company made an estimate that the cost to settle would be about $24,000 to the creditors and another $8,000 in fees.  This put the total cost at $32,000 in the settlement program.  There was a lawyer involved.  The settlement company had an address in Kansas but it was nothing more than a office where people rent space by the hour and a staff person for the building accepts mail.  No real office, just a front.

That case never should have been a debt settlement case.  A bankruptcy was appropriate and in the best interests of the client.  I still to this day do not know how the attorney was paid (it is illegal to have fee sharing arrangements with non-attorneys).

So what is my end judgement on settling your debts?  If you want to try and do it yourself I think there is nothing wrong with that.  I also think that going in to a legitimate non-profit agency that does credit counseling is not a bad idea.  See my prior blog on that here.

If you want to discuss your options with a bankruptcy attorney then reach out to our office and we are happy to go over things with you in a free consultation.  We can go over your debts, your budget and your options and if we think there is something else out there that will do the job – some service or process – without the need for a bankruptcy then we will give you those options.  We have local offices in Wichita, Overland Park, Topeka, and Lawrence. 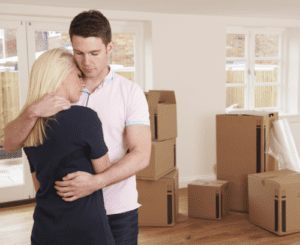 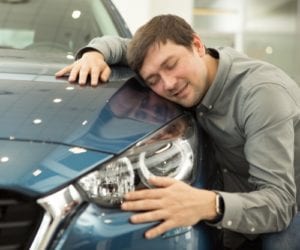 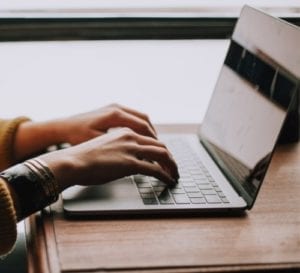 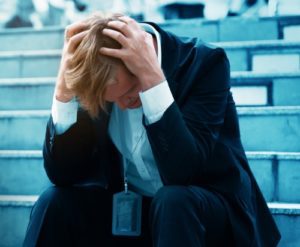 PrevPreviousWho can help me with debts outside of bankruptcy?
NextWho are the Bankruptcy Trustees?Next